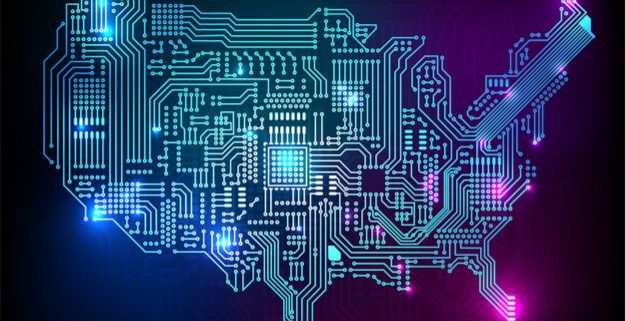 As technology grows at its current explosive rate, the federal government is not to be left in the dust when it comes to keeping up and modernizing its own tech. GSA’s (General Service Administration) IT category lead, Bill Zielinski, sounded off on the topic of IT modernization, highlighting several areas of activity to be on the lookout for.

We have all been hearing about or even using the cloud for some time now, but whether or not that term evokes excitement or makes your skin crawl, the reality is, according to Zielinski, that government agencies are increasingly moving to the cloud. While there are hybrid options as well as on-premises solutions, a growing trend in true commercial cloud purchases has been documented. While the cloud may be scary, Zielinski believes that government agencies will continue to move toward cloud-based platforms, stating, “You’ll continue to see that as a theme and continue to see a variety of different initiatives move out in government for that.” Of the top four technologies highlighted by the GSA, the cloud was number one.

Leveraging new technology is a great way to get ahead in business, and federal agencies are looking to do just that. As the size of the challenges at hand continue to grow, an increasing number of agencies are looking to leverage emerging technologies to help solve some pressing business problems. Tech like artificial intelligence, machine learning, robotic press automation, and block-chain were some of the emerging technologies mentioned by Zielinski. As block-chain continues to gain momentum, the federal government has invested money to keep up and compete to be on the technological forefront. Artificial intelligence and robotic process automation allow for increased productivity beyond the capabilities of human capital alone. As technological processes become more complex, it is critical that federal agencies begin to get on board with the latest and greatest to be able to solve the tough problems and increase productivity.

With the evolution of all this new, complex tech, someone needs to be at the helm. Enter the Chief Data Officer (CDO). Since the OPEN Government Data Act, there has been rising pressure for federal agencies to implement data-driven decision-making processes and to appoint chief data officers to organize and manage the incredibly intricate foundation of data that comes with IT modernization. The role of the CDO is a topic in itself, but the discussion is being had according to Zielinski.

Trying to keep up with the latest technological breakthroughs, inventions, and implementations can be overwhelming. The General Services Administration’s Information Technology Category Lead, Bill Zielinski, gave us the breakdown of the top trends he’s seen in thousands of ongoing acquisitions government wide, some of which are new, while others were not surprising. The cloud is still going strong, and more agencies continue to move toward cloud-based solutions on a yearly basis. New budding technologies like artificial intelligence, robotic process automation, machine learning, and block-chain were seen trending as well. And if you were thinking, “How can anyone keep up?” Well, the answer is the Chief Data Officer or CDO, a position becoming increasingly more widely talked about and sought after to streamline and organize a seemingly indecipherable complexity of data that comes with emerging technologies. The future is here, and federal agencies are on board, pushing toward IT modernization.