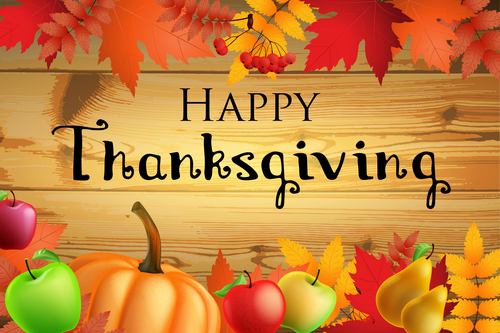 Thanksgiving is a day to give thanks for last year’s harvest. The holiday is rooted in the tradition of harvest festivals held by early American settlers. It is celebrated on the fourth Thursday of November each year and has been a national holiday since 1941.

The history of Thanksgiving

On September 28, 1789, just before leaving for vacation, the first Congress passed a resolution encouraging the President of the United States to hold a day of national appreciation. A few days later, President George Washington issued a proclamation designating Thursday, November 26, 1789, as “public Thanksgiving Day,” marking the first time Thanksgiving was celebrated under the new constitution. Subsequent presidents have issued Thanksgiving proclamations, but the dates and months of celebration vary. It wasn’t until President Abraham Lincoln proclaimed in 1863 that Thanksgiving took place regularly on the last Thursday in November.

To end the confusion, Congress decided to set a fixed date for the holiday.On October 6, 1941, the House of Representatives passed a joint resolution making the last Thursday of November annual Thanksgiving Day. Did. However, the Senate changed its decision to set the holiday on the 4th Thursday, given the year November 5th Thursday. The House approved the amendment, and President Roosevelt signed the bill into law on December 26, 1941, making the fourth Thursday in November a federal holiday for Thanksgiving. The turkey’s national presentation ceremony has been held since 1947, but President George H.W. Bush was the first to actually offer a presidential pardon to Turkey. Last year, President Biden pardoned two turkeys from Jasper, Indiana at his National Thanksgiving Turkey presentation on Friday, November 19, 2021, as part of the White House’s ceremony.

Thanksgiving in the Military

The U.S. Navy celebrated Thanksgiving in some form even before it became an official American holiday. Roasted turkeys, roasted ham, and pumpkin pie are still part of nearly every Thanksgiving at sea or on land to this day.

During World War I, the Red Cross and other charities began helping Soldiers on Thanksgiving Day, but families in places like France where Soldiers were stationed didn’t take them home that day.

During World War II, the holiday C-or-K ration were replaced with turkey and cranberries. It was either shipped by the military or gathered from local farmers. Today, the Defense Logistics Agency ships Thanksgiving’s traditional turkey, pumpkin pie, and all the trimmings to tens of thousands of military personnel around the world.

Overall Thanksgiving is a sacred American tradition that for a day brings a nation together around family, food, football and fun.

Want to join the discussion?
Feel free to contribute!

Who Needs Black Friday When You Can Shop Small?
Scroll to top