Family Man Brett Kavanaugh has been nominated by the current president of the United States, to serve as one of nine members on the Supreme Court. He was vetted and recommended to the president by the Federalist society and the Heritage foundation along with a long list of other qualified officials. Among those officials who were brought to the attention of, but not chosen by the president are three other stellar choices for the conservatives Judge Thomas M. Hardiman, Judge Raymond M. Kethledge and Judge Amy Coney Barrett, each have contributed greatly to the justice department. Kavanaugh was selected to join the supreme court after serving 12 years as a Judge for the U.S. Court of Appeals District of Columbia Circuit, which has produced a number of justices. 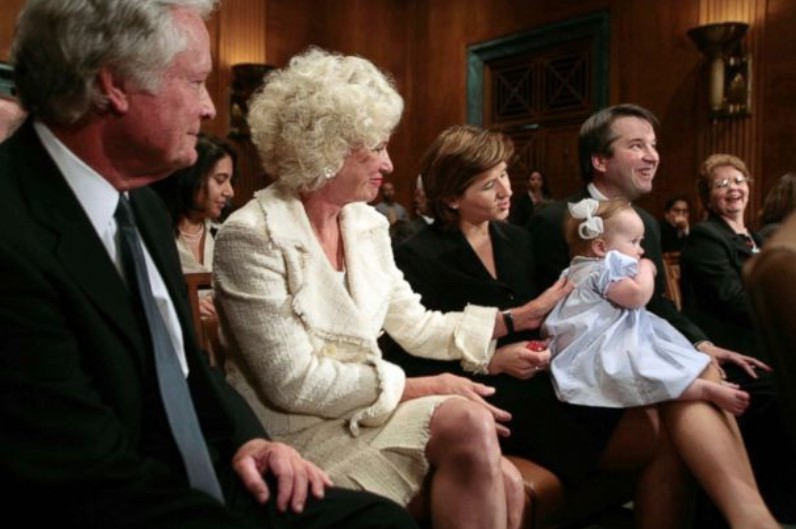 Brett Kavanaugh was born February 12 1965 to Edward and Martha Kavanaugh. In a recent interview Kavanaugh called his mother a “trailblazer.”, and the reason he decided to create a career in justice. After graduating cum laude from Washington School of Law at American University in 1978, Martha Kavanaugh, became prosecutor in Montgomery County, Maryland, Brett’s home state. During Kavanaugh’s childhood he recalls listening to his mother’s closing arguments at the family dinner table. His mother’s passion for the law inspired him to go to Yale Law school, where he eventually graduated from in 1990. Three years after his law school graduation Kavanaugh served as Justice Anthony Kennedy’s clerk, the justice who he is now replacing. In the late 1990’s along with Kenneth Star, Kavanaugh was a key member of the independent counsel, which produced the report that served as the basis for president Bill Clinton’s impeachment. Following which he served in the Bush White house from 2001 to 2006. And finally finished his career to date as a judge for the U.S. Court of Appeals. Where he has issued approximately 300 opinions and has delivered numerous speeches.

At 53, Kavanaugh is known as a family man, he currently coaches his daughter’s basketball team and has been a committed member of his community for years. Along with family religion also plays a major part in Kavanaugh’s life and effects his judicial decisions. Kavanaugh is a stalwart for religious freedom. Russell More, President of the Ethics and Religious Liberty Commission of the Southern Baptist Convention said he is confident Kavanaugh will be a strong defender of the freedoms guaranteed by the constitution and Bill of Rights, especially our first freedom of religious liberty. Kavanaugh will continue to uphold his values and morals in the highest court in the land.

In the upcoming weeks Judge Kavanaugh will embark on a busy schedule of courtesy calls and visits to key members of the senate judiciary committee and other senators where he will discuss with them his judicial philosophy, past rulings and public statements. To assist his process the white house will roll out an intensive campaign to sell the nominee to the senate and the American public. He has to be voted in by the legislative branch by the senate. But until then there is no settled justice because the senate has not decided yet.